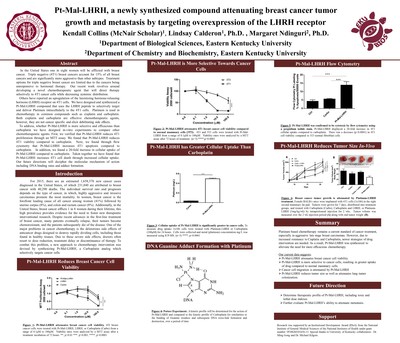 In the United States one in eight women will be afflicted with breast cancer. Triple negative breast cancers account for 15% of these diagnoses and are significantly more aggressive than other subtypes, as well as, being difficult to treat. Current platinum drugs on the market, including cisplatin and carboplatin, have been shown to effectively improve patient prognosis, however, they cause numerous debilitating side effects. Subsequently, we have synthesized a new analog of carboplatin, “Platinum-Mal-LHRH”, to selectively target breast cancer cells overexpressing the LHRH receptor