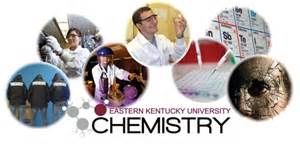 Oxidative stress is associated in the pathogenesis of numerous diseases such as various neurodegenerative disorders, ischemia, and cancer. The brain is susceptible to oxidative stress due to its high level of polyunsaturated fatty acids, increased rate of oxygen consumption, and elevated levels of free radicals. Reactive oxygen species (ROS) and reactive nitrogen species (RNS) can react with biomolecules such as proteins, lipids, carbohydrates, and nucleic acids, which leads to oxidative damage, cellular dysfunction, and ultimately cell death. Down syndrome (DS), a genetic abnormality, is the most common form of mild to moderate mental retardation in newborn infants. DS patients have extensive deposition of Ab(17-42) peptide that could contribute to their increased rate of developing Alzheimer’s disease (AD), which is consistent with current research. Because AD cannot be properly diagnosed until autopsy, development of a novel Down syndrome model using Ab(17-42) could be beneficial in determining oxidative stress levels and their relationship to mild cognitive impairment (MCI), the earliest form of AD. This work will demonstrate the use of a novel Down Syndrome model and its correlation to oxidative stress. We have found a significant difference between oxidative stress levels in Ab(17-42) treated synaptosomes and control synaptosomes. Using proteomics, we also identified several biomarkers including aldehyde dehydrogenase, aldolase, a-enolase, heat shock cognate 71, peptidyl-prolyl cis-trans isomerase, and ATP synthase a chain. Our present findings suggest the role of Ab(17-42) as one of the contributing factors in mediating oxidative stress in the DS and AD brain that can lead to neurodegeneration. This novel DS model may have potential applications as a diagnostic tool to identify biomarkers that may contribute to AD