Pilot 1: How do listeners distinguish between foreign and native speakers? 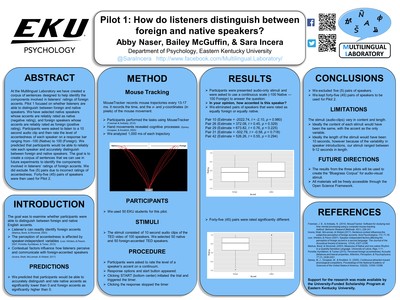